Popular Digital Wallets in Australia You Can Start Making Purchases With

Popular Digital Wallets in Australia You Can Start Making Purchases With 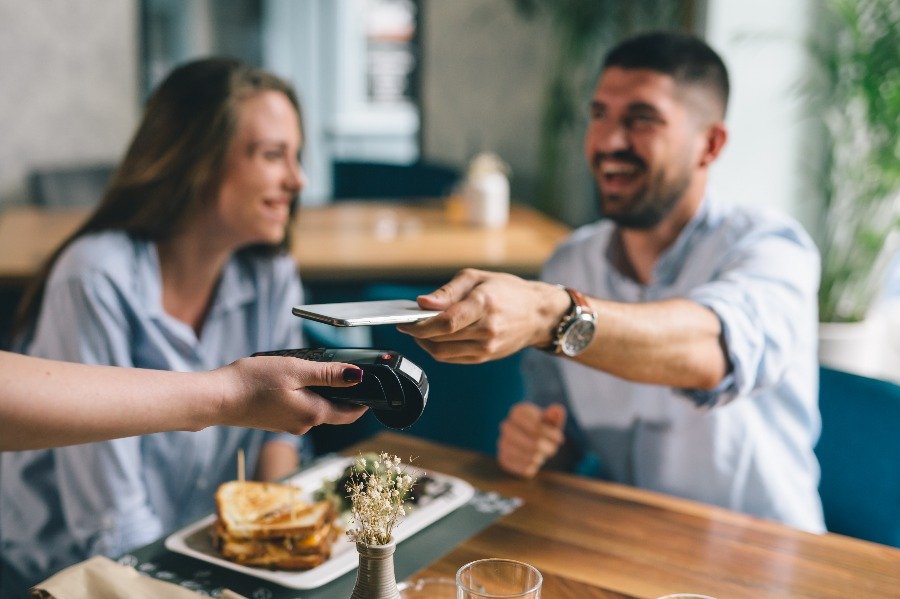 Making payments in cash is so yesterday. Who, anyway, wants to go through the hassle of carrying cash when there are better options? Say hello to digital wallets! These in-thing payment systems are becoming popular by the day thanks to the convenience they offer.

There’s no better time to make the switch to mobile wallets with an emphasis now on contactless interactions. In this guide, we’ve compiled a list of the popular ones that you can choose from.

What are digital wallets?

For the uninitiated, these are wallets housed in your mobile in the form of downloadable applications, whereby digital versions of debit and credit cards are stored.

They can either be device-dependent like Samsung Pay, OS-dependent like Apple Pay, or universal. Plus, there are also brand-specific mobile wallets like Fitbit and Garmin Pay.

How do digital payments work?

A digital wallet is more or less an electronic version of your physical wallet. Although they have varying underlying technologies, mobile wallets use the same base mechanism.

To use a digital wallet, you need to install it on your mobile device and fill in the required information.

When making a payment, the device through the wallet will interact with the payment terminal using Magnetic Secure Transmission (MST) or Near Field Communication (NFC). While some wallets such as Samsung Pay use both technologies.

Let's take a look at the mobile/digital wallets

You don’t have to struggle to manage your cash or credit/debit/loyalty card anymore. Here are the popular digital wallets you can opt for in Australia.

This mobile wallet solution from tech giant Apple allows you to connect different cards on your iPhone, iPad, Mac, and Apple Watch.

You can then use the device to complete transactions by holding it close to the merchant’s card reader and confirming the action using Touch ID.

The wallet’s MST technology facilitates Apple Pay’s contactless payments. The process is secure as your card number is not held in the device or on Apple’s servers.

Using the wallet doesn’t cost you a thing, but keep in mind credit, debit, or retailer charges may apply. You will also need an internet connection via Wi-Fi or data (data charges may apply) to make the payment.

Think Apple Pay but only for Samsung devices – that’s Samsung Pay.  The mobile wallet lets you connect your cards and make payments through the mobile device. Samsung Pay neither stores your card data nor shares your details with the merchant.

Transactions are authenticated by a passcode or biometric security option in the device. The wallet uses both NFT and MST technologies which makes Samsung Pay useable almost anywhere by hovering the mobile device above the payment terminal.

For payments over $100, the app will request PIN verification.

Samsung Pay’s near-universal acceptance and compatibility with even older terminals gives it the edge over its rivals.

It is limited to the market-leading Galaxy line from Samsung. It comes preloaded on all flagship devices, starting with the Galaxy Note 5. The wallet is also available on Samsung smartwatches like Galaxy Watch & Watch Active 2, Gear S2 & S3, and Gear Sport.

Formerly known as Android Pay, Google Pay is a digital wallet solution from Google. This mobile payment app is supported by Android devices running Lollipop 5.0 and above, and it also works on wearable devices like smartwatches.

It employs NFC technology to communicate with payment terminals allowing you to pay for goods or services using your device. All you have to do is connect your Australian bank cards and start making purchases simply and securely.

It also features a gift card and loyalty-program management. The wallet, however, doesn’t work with either Google Assistant or Siri voice assistants, but that should be no deal-breaker.

The mobile wallet allows you to make purchases without necessarily having your phone or cards close by.  To use it, you simply need to add your credit or debit card to your Fitbit device and start enjoying the convenience.

Fitbit Pay is accepted in all payment terminals with the contactless payment symbol and can be used even when travelling internationally. The wallet uses industry-standard tokenisation to secure your transactions and card details.

The process of making payments using Fitbit Pay is straightforward. You only need to hold the left button of the Fitbit device for about 2 seconds and bring the device screen close to the terminal. If the payments screen is not shown, you can navigate to it. You may be prompted to enter your device pin code before the payment is completed.

This contactless payment solution from Garmin allows you to use your Garmin device to make purchases. The supported Garmin watches are Instinct, VivoActive, Fenix, Venu, and ForeRunner.

Like Fitbit Pay, you don’t need to have your credit card or phone with you every time you are paying.

This wallet is not as popular as the likes of Google Pay and is only accepted in some participating stores. It is also not compatible with as many banks and credit cards as its rivals. However, that doesn’t take anything away from what it offers. The wallet solution protects you by using transaction codes and watch-specific card numbers each time you complete a transaction.

Your card’s security is assured since the wallet servers don’t store your card details or pass them to merchants. You can use the wallet to pay for purchases when travelling outside Australia so long as the store accepts contactless payments.

To pay for a purchase, just enter your passcode on the Garmin watch and authorize the payment. Select the card you wish to pay with and place the watch screen close to the payment terminal.

Pros and cons of digital wallets

Things to consider when choosing a digital wallet

Mobile wallets are a personalised item. Besides, we all have different preferences and needs. It is important to compare your wallet options and choose the most suitable based on your situation.  Here are some of the features that will help you get the right mobile wallet:

Security Guarantee. Making online payments can be risky. To avoid liabilities and losses, you should choose a wallet with several security measures like encryption or biometric authentication in place.

Supported banks and cards. It is pointless to have a wallet if it doesn’t support your cards. Before committing to any, ensure that you can link all your cards.

Range of retailers/stores. Not all mobile wallets are accepted at every online retailer. Choose a mobile wallet that is accepted as a payment option at your favourite online stores.

Tips on how to keep your digital wallet safe

Your digital wallet needs to be secured, and not any less than a physical one. Here are some of the best practices to keep in mind:

• Regularly check on your accounts, and don’t hesitate to report if something is amiss.

• Set a PIN code, password, or any form of biometric authentication on your watch device or smartphone.

• Always confirm the downloadable wallet application is from the actual developer.

• If possible, avoid using public Wi-Fi to access personal information, especially if it holds value or relates to your banking.

It is hard to point out a specific wallet that is ideal for you. Your choice here ultimately hinges on your needs. That said, be rest assured with the options above, you can quickly slim down your wallet.

Best Budgeting Apps in Australia That You Can Start Using Today

Credit Card Hacks: If You Don’t Know Now You Know!